Now We Know What Life Would Be Like Under a Tea Party Government...

Ask yourself this: "If these Tea Party nutbags hadn't been elected in 2010, would we:
1) be in a "crisis" right now?
(2) Would we be telling the world "We might not pay our bills?"
(3)Would Boehner be compiling a truly POINTLESS bill that may not even make it out of the Republican House, but will most certainly not pass the senate at the eleventh-and-a-half hour?

No! I give the Tea Party NO PASS because they are "TRYING." Whether "trying" to force a balanced-budget amendment or economic meltdown on all of us, they are showing the country what a Tea Party-ruled country would look like.

Boehner even wants us to go through this same exercise every six-months, just like third-world countries often go begging to the IMF every six months. I know many of my Face Book friends don't want to say it. They insist saying that it is "both sides fault." Well I don't mind saying that the Tea Party has already been devastating for this country and our economy. Just look at how they have caused chaos within the Republican party. They have the Republicans making plans that have no chance of seeing the light of day, and holding our economy as a hostage while doing so. If they can do this much damage under a democratic majority, imagine how dismal things would be with a Tea Party president or congress.

9:42 PM |
This day will go down in history as the death of the Tea Party. Every astroturf-rally and bus tour packed with Koch-and-Murdoch-employee zealots has led these Wallmart-Partick-Henrys to this day in their destiny. 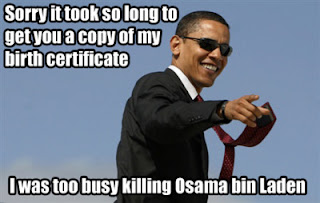 Talk about a perfect storm! You have the Republicans who are heavily leveraged by Tea Party members begrudgingly carrying out the instructions of their corporate masters: "Not one penny more of taxes nor tax reform for the wealthy! Don't give an inch! The American people will thank us for protecting the "job creators"! A great plan, and seems like it might just work in this day and age.


Two things the Republicans didn't count on: 1) The Faux News machine being in serious crisis at this point in their destiny,, and hence low-noise-level right now 2) Obama done told it! "...the Republicans' spending-cuts-only approach..." FRICKIN BRILLIANT!!


I remember when the city of Tempe was trying to get approval to build Cardinals Stadium in Tempe. Someone at the city of Glendale pointed out that the stadium was located in a flight approach path at Sky Harbor. From that point on, Tempe began to lose the stadium. City of Glendale's argument: "Tempe is not a safe location" City of Tempe's argument: "It's pretty safe."


My Republican-supporting-(none seem to want to call themselves "Republicans")-buddies don't even understand that the Tea Party died today.  "Where is Obama's plan?" they ask? This question is currently being repeated ad-infinitum on Murdoch's media...the best riff they can do against Obama's balanced approach to the problem. So much for him being a "dangerous extremist."


Sure, the Republicans have a plan: a plan to destroy Medicare and Social Security and balance the budget on the backs of the poor and unemployed while giving the wealthiest Americans an extension to their 30-year tax holiday.


That is the Republican plan. Congratulations to the Republicans for planning the destruction of our economy in advance. Don't worry, you guys get brownie points for your planning abilities no matter what happens! Regardless of your intentions or any unforeseen disastrous results which may result from your experimentation in turning our economy into a nation of deadbeats, we applaud and laud you for your crisp execution via visualization, sloganeering and obfuscation through your media machine. Congrats for the smooth move! It's practically a done deal! How proud the Republican party must be today. God Bless Ronald Reagan, who got the ball rolling, and also raised taxes 14 times and who would be considered a raging liberal today, probably even by Obama.

Speaking of Obama, I hope he stays "mad" until this thing gets done. Let Republicans call him pushy, or whatever. Just don't let that small group of wingnuts act for and control the whole country. That's the most serious fail condition, IMHO. Soapbox down.


Oh, and don't let the door hit yr butt on the way out, Tea Party. Thanks for alerting all our creditors that we sometimes allow the lunatics to run the asylum.
Newer Posts Older Posts Home
Subscribe to: Posts (Atom)